On International Day of Peace, Wednesday, September 21, hundreds of handmade pinwheels braved a steady rain on Tappan Square. Oberlin’s tribute to “whirled peace” was part of a global event that this year saw an estimated 3.5 million pinwheels planted on six of the seven continents.

The Day of Peace was established by a United Nations resolution in 1981 to coincide with the opening of the General Assembly.

“Pinwheels are associated with childhood,” said Kendal resident Al Carroll, who along with fellow Kendal resident Donna Baznik organized the event in Oberlin. “But here we use the pinwheels as a public, visual expression of our belief that all people must work toward peace, tolerance, and cooperation.”

Oberlin’s pinwheels were made by community residents as young as three and as old as nearly 100 as children in the Kendal Early Learning Center collaborated with residents in assisted living and skilled nursing units to decorate and assemble some of the pinwheels. Members of Peace Community Church made pinwheels and helped plant them on the square. Staff members and participants in First Church’s childhood and youth programs produced other pinwheels that were delivered to Tappan Square by Brandy Bring, the church’s director of Christian Education.

The Oberlin Schools were also active participants. Students and staff at Eastwood Primary School, Prospect Elementary School, and Langston Middle School produced pinwheels and planted them on their campuses. Langston art teacher Tiffany Georgiadis brought three classes of seventh- and eight-grade students to Tappan Square to decorate even more pinwheels and to sketch images of the area.

Among the other community groups participating were the Oberlin Heritage Center, Oberlin Public Library, and Oberlin College, which made the square available for the day. OC students and other area residents stopped by the bandstand throughout the day to make pinwheels and to ask about the celebration.

The paper pinwheels displayed a dizzying array of decorations, including messages written in English, Spanish, Arabic, French, Japanese, and Chinese. Some were made in advance and others by visitors to the square, including one from an LMS seventh-grader who glanced at the day’s weather and inscribed, “Happy Wet Peace Day 2011.”

As the afternoon ended and the rain stopped, a small group of participants led by Kendal residents George and Jane Hannauer assembled on the bandstand to close the event with a sing-along session of peace songs. 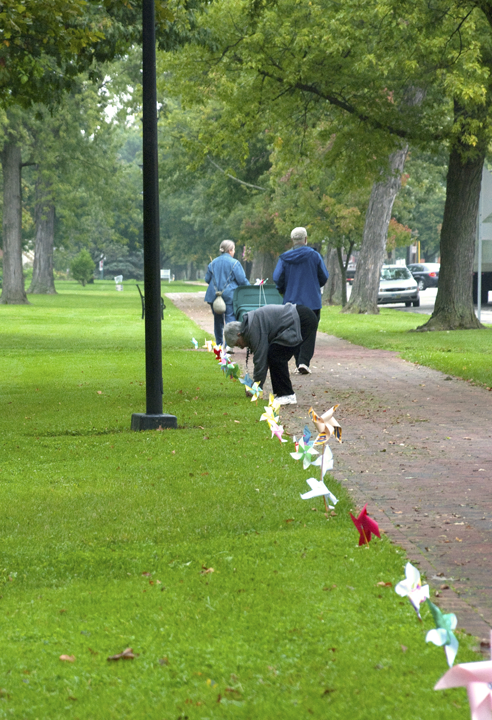 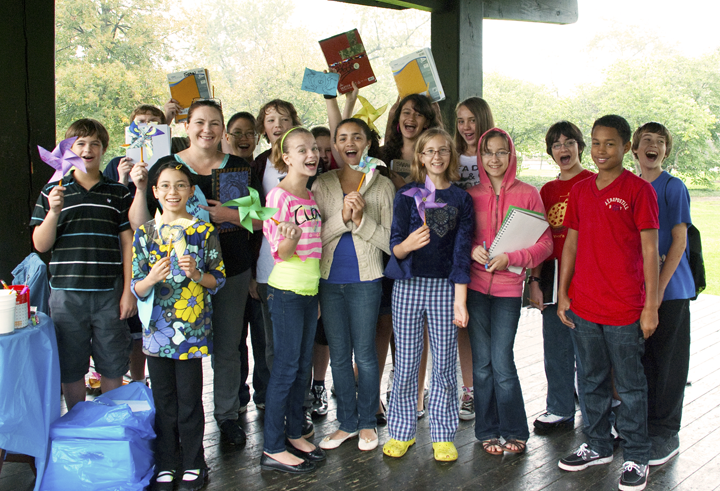 Ms. Tiffany Georgiadis (fourth from left) and her seventh grade art class from Langston Middle School, who stopped by the bandstand to make pinwheels. 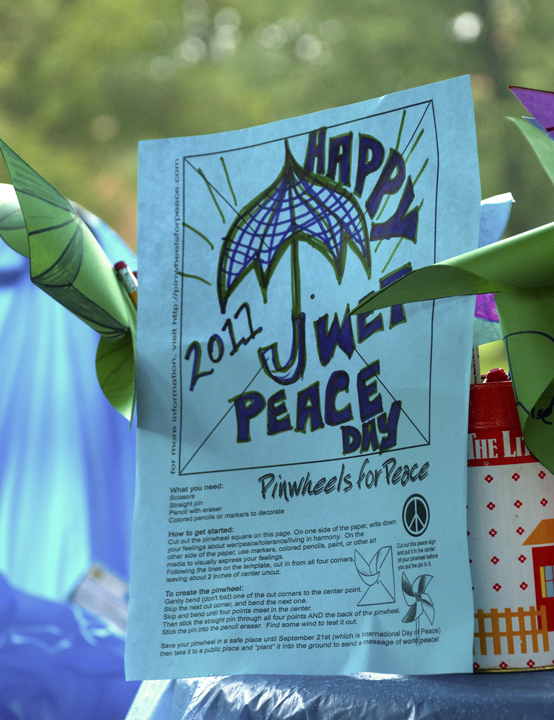 One young art student’s hopes for peace were mixed with a realistic appraisal of the weather on the Day of Peace. 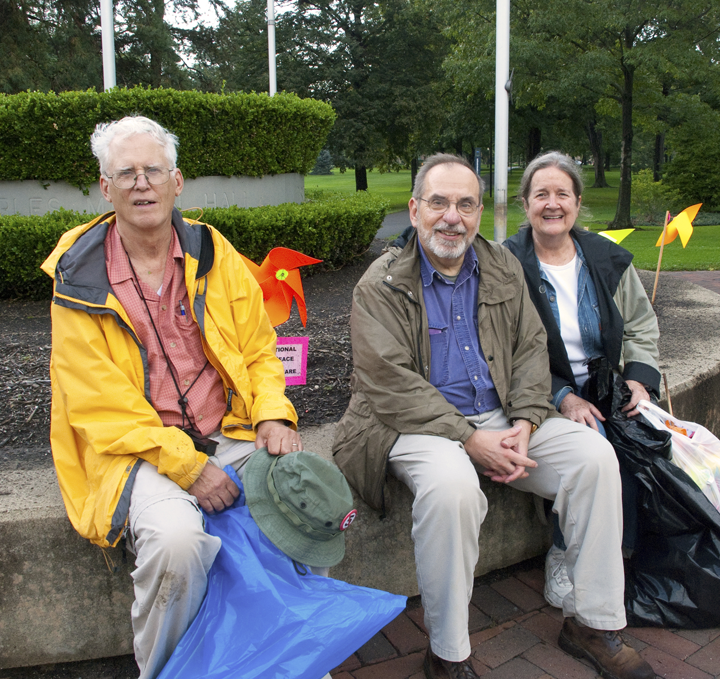